Produced by Performistanbul and Koç University’s Research Center for Anatolian Civilisations, a parallel event to the 15th International Biennial, in the context of The Curious Case of Çatalhöyük exhibition celebrating the 25th year of the excavations

ONE is an installation piece and a series of durational live performances. It is a journey inside the body and an exploration of one's embeddedness in the grand web of life. The installation is composed of various multi-sensory elements that come together to form a ritualistic performance site. The main components are a series of paintings on two 9- meter-long rolls of paper made in response to an ancient wall painting (Çatalhöyük, 7,500 BC – 5,700 BC, Turkey).

The ancient painting was made as part of a ritual connecting the human body with the body of the earth. My paintings in response intend to trigger that long lost memory which we still possess imprinted in our bodies. The paintings trace an imaginary journey into the depths of the body; bones, veins, cells, the pineal gland and the spinal cord display a visual choreography. The specially designed soundtrack is based on excavation sounds recorded at the site and mixed with sounds of water flows. A series of found objects including a rope, soil, water in a plastic bag, bark of the eucalyptus tree, two copper bowls, two light sources and five balls with reflective surfaces complete the installation.

Each time the piece is performed in a new context, ecological elements particular to that locality are included. A performance artist is invited to step in to create a choreography in response to/using these various elements and the stories they evoke.

ONE was included in 'Artists in Conversation with Water in Cities', a global roundtable published by The Nature of Cities - an international platform for transdisciplinary dialogue and urban solutions based in New York City, July 2018 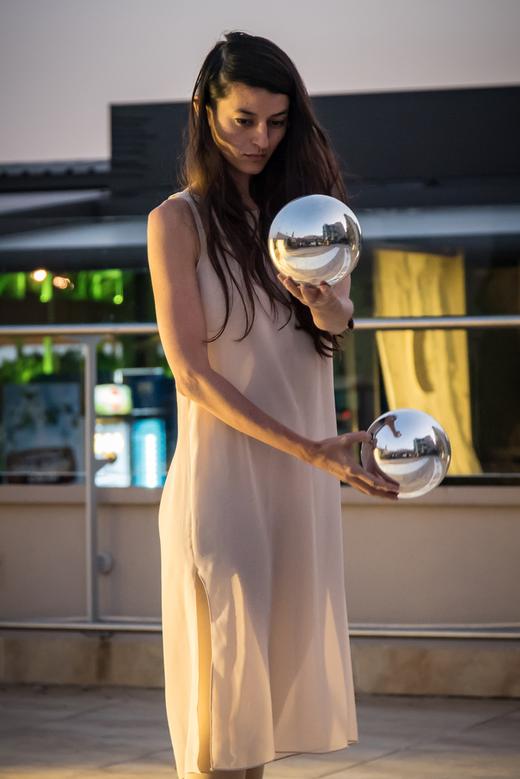 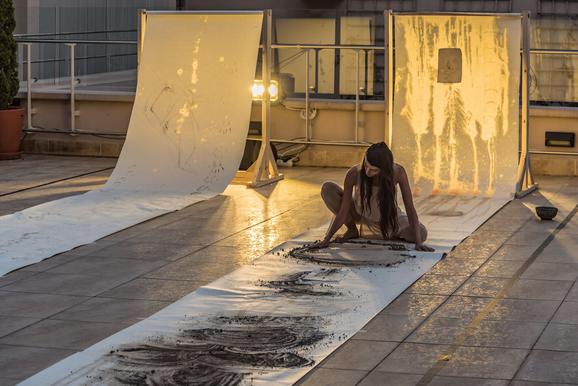 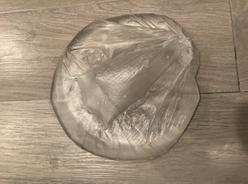 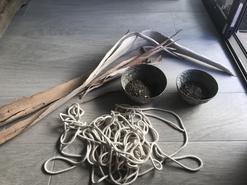 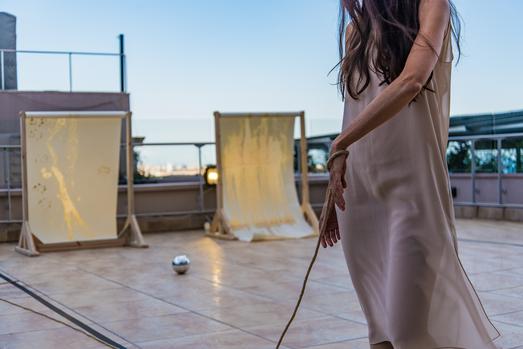